No scissors, no cutting, no glue. Origami is the gentle art of folding paper, using only hands and fingers. It’s also an ideal way to relax, to put worries to one side and let the mind wander freely.

People today are always looking for ways to relax and wind down, techniques that let them rest their mind, and “switch off” from their problems. From traditional meditation to the latest phase of adult colouring books, any method is valid if it achieves the aim of relieving stress. And another “new” activity is becoming popular: origami.

The aim is to create three-dimensional forms by folding a sheet of paper. It hardly matters whether the finished object is something cute like a cat, or an evil brain-eating zombie, origami is meditative and a cure for stress – as you focus on your fingers and the paper, you can feel your problems slipping away.

The perfect combination of creativity and rules is one of the main charms of origami. Even people less artistically inclined can create something beautiful, if they follow the rules. At the same time, following rules step by step is calming for the human brain: the element of concentration clears the mind of distractions and worries.

Despite its benefits as a Zen activity, origami is challenging. Its true masters have been practising for decades and the most complex folding instructions are prepared by mathematicians, and can involve hundreds of intricate folds. But you don’t need to be an origami champion for your mind to benefit from the reduction in stress and a newfound balance. It’s enough just to learn the basic principles and to have fun trying.

Origami appeared to have exhausted its possibilities in terms of forms, until in the 1980s it
attracted the attention of mathematicians, who started to apply geometrical principles to foldable patterns. The folds became more precise and complex, and we’ve reached a point where practically anything is possible.

As a child, Marta Figueiroa made boats, hats, planes and lots more besides, like many kids of her age. One day, a friend of her aunt taught her to make a toad that jumped, but it was only when she started to have internet access that she experimented with other designs; “I must have been eighteen at the time,” she recalls. In 2007, the newly trained architect set up the Porto Origami Club, an informal group without membership cards or dues; all you need is to come along and start folding.

Now 55 years old, Carla Silva has been doing origami for 46 of them. “I still find it fascinating how, with dedication, and maybe love, a flat surface can be used to create shapes and breathe life into a sheet of paper,” she says. As well as being a skilled practitioner, she runs two free workshops every month, in Caldas da Rainha, one at the Youth Centre and another in the Municipal Library. She also goes to teach her skills in nursery schools and old people’s homes.

Origami is ageless. As well as its Zen dimension and the associated therapeutic benefits, origami also improves people’s memory, motor skills and self-esteem, as well as teaching patience, perseverance and mathematical concepts. It develops creativity and inspiration, involving colours, textures and shapes. It’s poetry in paper. 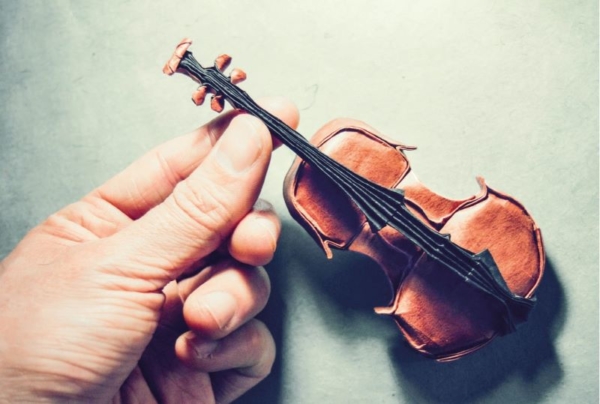 Paper can degrade easily, and so it’s impossible to tell with certainty where origami first originated.

The history books tell us that paper was invented in China, by Ts’ai Lun, in 105 AD. And common sense tells us that people who had paper would fold paper. But not all simple paper folding is actually origami.

So, although no one can be completely sure, it tends to be agreed that the term originated in Japan, where the art has been cultivated for at least four hundred years, for decorative, functional and ceremonial purposes (if we think only of ceremonies, the history goes back more than four hundred years, but origami as we understand it today entails a concept of recreation, which didn’t exist before the seventeenth century).

The secrets of paper-making left China in around 750 AD, and started to travel through to Central Asia, and then to Europe. There are some who argue that origami also travelled from Japan to Europe, but others have found evidence that it evolved in both regions independently. What’s certain is that ideas and methods were shared and exchanged, until origami grew into the art we know today.

In the 1950s, Akira Yoshizana and Sam Randlett created a set of standard origami symbols to describe how paper is folded into models. These symbols are essentially the same as those used today in origami diagrams. There are currently thousands of origami books, free origami diagrams and videos online, and the art is still alive and evolving. 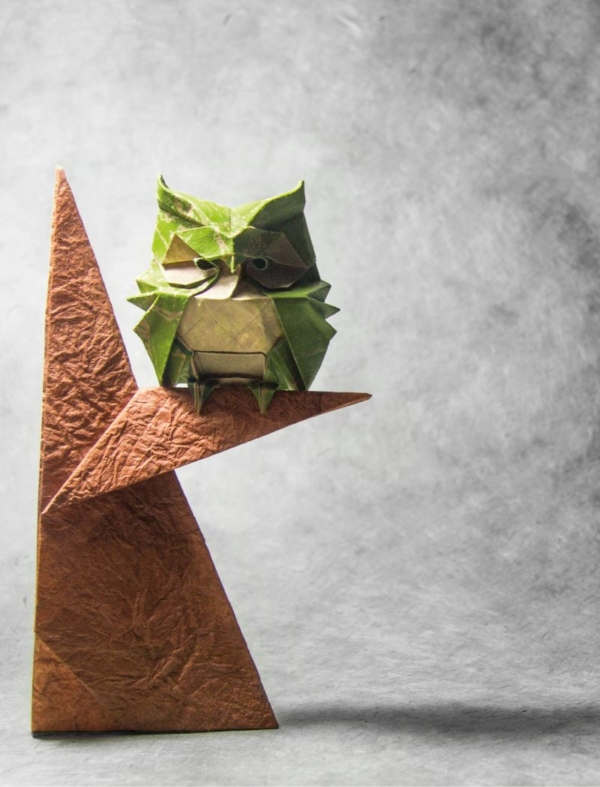 All photos by Gonzalo