The world may be turning digital, but when it comes to reading a book, people still prefer paper to e-books.

In 2009, the book market in the USA recorded the first drop in annual sales of printed books in the new millennium. This came two years after the launch of the Kindle, the Amazon e-reader, and in early 2010 it was the turn of Apple to present to the world its new iPad.  There was talk that e-readers would take over our reading habits, accompanied by a future boom in e-books, and printed books were thought to have their days numbered.  And sales of e-books did indeed grow up to 2013, when statistics show their share of annual book sales peaked at 28%. But as from the following year, sales started to decline, and since then sales of printed books have not stopped growing. A drop in the consumption and sales of printed books was observed not just in the US; but also in Europe, especially in countries like Germany and the United Kingdom.

Although the US market is dominated by large publishing houses, there has been growth over the past decade in both self-publishing and in the output of independent publishers (between 2010 and 2015, the number of titles in these two segments increased by 403%, to close to half a million titles with an ISBN code). Digital printing itself has given a boost to the printing industry in the book sector, allowing for smaller print runs and faster production. There are companies today that offer a print-run of ten books, delivered in 48 hours. 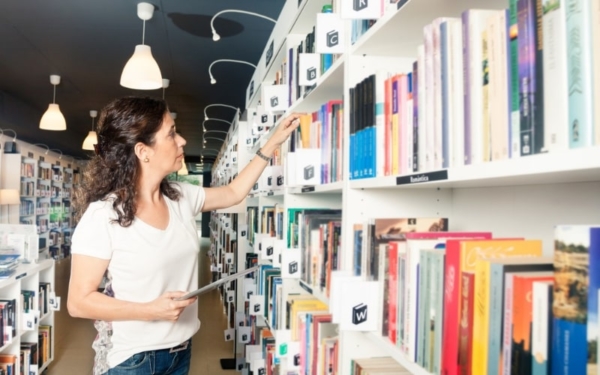 The rebirth of printed books has also reached Amazon, which opened its first bookshop in the US in 2015 and today has seventeen of these outlets.

At the same time, the longevity characteristic of a printed book ensures that knowledge is handed down the generations and over centuries – the oldest European book with paper pages is around a thousand years old. Apple itself decided, in 2016, to publish a book with the history and photographs of the products it developed in the previous twenty years.

In “2018-2022 Global Entertainment and Media Outlook”, published by the consultancy firm PWC, the authors conclude that printed books will continue in future to be the main form in which book-format works are consumed. For all the benefits we know them to have and all the emotions they trigger in us, we believe they are right: printed books are here to stay.