Nearly all the goods obtained from petroleum, from plastics to fuels, can be produced from wood. These innovative bioproducts have a huge potential impact on the economy and on the future of the planet’s environment. And Portugal is currently at the forefront of research.

When, in 2030, you fill up your 100% recyclable car, made from bioplastic and carbon fibre panels obtained from wood, and you go to pay for the biofuel produced from biomass and take the chance to buy a vanilla ice cream with a thickener made from wood derivatives, you will remember this article and the Inpactus project.

“A step towards a green, global, sustainable and competitive bioeconomy, in Portugal, based on the eucalyptus pulp and paper industry.” This is how Carlos Pascoal Neto, general manager of RAIZ, Navigator’s forestry and paper research institute, sums up the aims of the Inpactus project, the largest ever public-private R&D investment in the Portuguese forestry sector.

With a budget of 15.3 million euros, this research and development project is designed to create new applications and new products based on eucalyptus. Its promoters are The Navigator Company, RAIZ, the universities of Aveiro and Coimbra and, in the government sector, the Operational Programme for Competitiveness and Internationalisation (FEDER), as well as other scientific and technological partners in Portugal and abroad.

In total, the future of 41 Inpactus sub-projects is in the hands of a team of 180 people, including researchers and technicians from Navigator and the universities and 50 holders of research bursaries. Work proceeds on four fronts: optimisation of pulp production, optimisation of UWF paper production, development of innovative tissue products and research in the biorefinery sector (making full use of wood and biomass to produce materials, bioproducts, biofuels and electricity).

Carlos Pascoal Neto admits that many of the products in development are currently just market niches. “It’s hard, at the moment, for a bioplastic cup made from wood to compete with a plastic cup made from petrochemicals plastic, because it can cost 3 to 4 times as much to produce. But in 10 or 20 years’ time, with the foreseeable exhaustion of fossil resources and the need to decarbonise the economy, the scenario will necessarily be different.”

Paper of the future

Some of the exploratory work in the Inpactus project includes new products and potential new business ideas for Navigator. But the company’s core business has not been forgotten: paper and other materials made from cellulose fibres, with new functions, are our future.

Paper, as we know it today, will always have its place in the economies and societies of the future. But it is predicted that paper and paper fibres will increasingly be used in new applications, such as in smart packaging, with printed electronics on the paper so that products can be tracked. Either with specific coatings to produce packaging that delay deterioration of food, or even that change colour or emit a signal when the best-before date approaches. 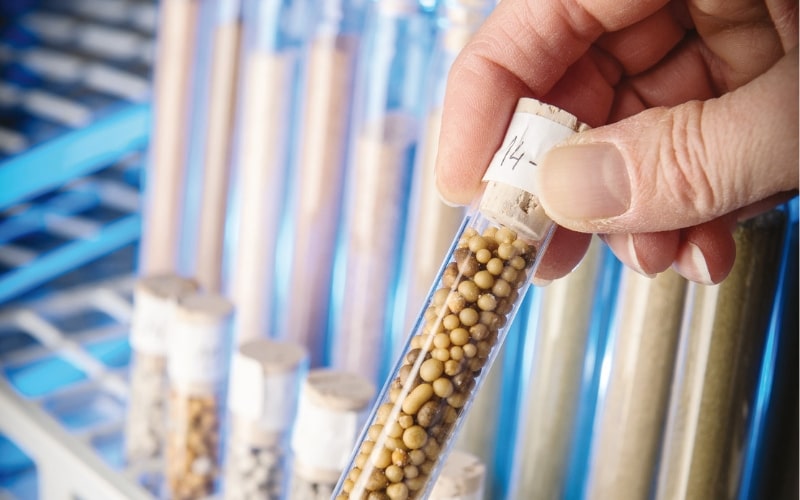 The importance of biorefinery

Between 40 and 50 per cent of the Inpactus budget is allocated to biorefinery, a recent concept which focuses on new uses of wood and biomass (organic matter) after its arrival at the pulp mill.

In a more thorough approach to biomass, what is being developed now are new technologies for separating the components of the wood itself. At present, pulp and paper mills already separate out the fibre, but the challenge is to use all the other compounds. After obtaining the pulp (essentially cellulose pulp), the hemicelluloses and lignin are left over, and this waste is today partially burned in the boilers for recovering chemicals and energy.

One of the new uses for these components will, for example, involve taking biomass which is rich in cellulose and hemicellulose and converting it into smaller molecules, simple sugars, in order to produce a vast family of products. One of the products being investigated in the Inpactus project is ethanol, a biofuel which is increasingly valued as an alternative to petrol.

The sugars can also be used to product lactic acid which, in turn, can be processed into bioplastics such as PLA (polylactic acid), which can already be found on the market, although it is produced essentially from biomass sources that compete with the food sector, such as corn and sugar cane.

The incredible properties of bacterial cellulose

Curiously, another use for the sugars produced from cellulose is…. to produce cellulose with bacteria. Why? These bacteria which metabolise sugars then produce cellulose chains with a configuration different form that found in plants.

Bacterial cellulose is a product offering greater strength, and is already used as a base, for example for beauty masks. It can also be used to treat burns, as a second breathable skin, maintaining aseptic conditions in which the dermis can recover. 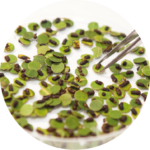 “Bacterial cellulose is a sleeping giant, because of its incredible properties of mechanical strength, lightness and flexibility. The US Defence Department has been looking into the possibility of bullet-proof vests made from cellulose,” said Carlos Pascoal Neto.

One research area which has a greater impact on our everyday lives is that of biocomposites developed from paper pulp, which reduce the use of plastic from fossil sources. These are made by blending cellulose fibres with plastic material, to create a product with improved mechanical properties. Uses range from the automobile industry, for car panels, to domestic plastic utensils, which can be lighter or have better mechanical properties.

The potential of lignin

A ton of wood can yield around 500 kg of paper pulp. As a rule, the other half ton of biomass is dissolved and burned in the recovery boilers. The resulting green energy is a positive aspect of the industrial process, but the waste used has much greater potential. 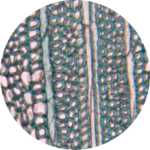 Just the lignin (the molecule what makes wood hard) has multiple applications, which can replace petroleum derivatives. For example, black liquor is a liquid rich in lignin, and can be used to produce carbon fibre, an extremely strong lightweight material used in the automobile sector, in tennis rackets and in bicycles.

Lignin can also be used to produce glues and adhesives that replace the phenols derived from petrochemicals that are used in the wood agglomerates sector. Or to make polyurethane foams, for thermal insulation. But because lignin is a large molecule, when it is broken down into small fragments, the by-products obtained include antioxidants and even a compound which can be used as a food additive, with a vanilla aroma. And there are other surprising applications in the food sector.

The use in the human diet

Some of the biorefinery projects in Inpactus deal with deconstructing cellulose fibres
– which are about a milimetre long – to produce micro and nanometric structures and to obtain, instead of a solid material like cellulose paste, a gel than can coat paper to increase its mechanical strength or even to constitute biodegradable films that imitate plastic.

However, this material, nanocellulose, can be used more widely, such as in in the human diet: it can be used as a food additive to add consistency to products (like a gelatine or starch). In ice creams, for example, it results in an extremely creamy appearance, with a huge advantage: cellulose is not just low in calories, but also a fibre…