What future does paper have in an increasingly digital world? Is it outdated, doomed to disappear, or is co-existence with new technologies possible, and even desirable? And what do younger generations, who grew up with the internet, have to say? A research project, Horizon 2030, promoted by The Navigator Company, looks at this and other questions, as well as coming up with some surprising findings.

The project team has analysed more than 500 studies, papers and books that confirm the advantages of paper over screens in learning processes, knowledge acquisition, cognitive development and comprehension of informational and complex texts. They have concluded that, in our current intense digital culture, and in all age groups, paper brings cognitive benefits: research by neuroscientists has shown a clear link between arm movement (especially writing and drawing) and the neurological process of learning; in the field of psychology, experimental studies have shown that writing by hand boosts learning and conceptual performance when compared with writing on a keyboard; and other academic studies focused on reading, concluding that reading on paper, as opposed to digital devices, promotes abstract thought, concentration and less eye fatigue. 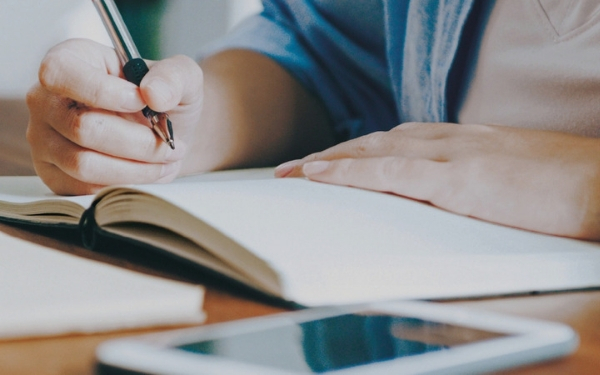 Several of the studies considered are the work of influential universities, such as Princeton and Carnegie Mellon, and the most recent was published by the University of Valencia in September last year, pointing clearly to the screen inferiority effect in reading comprehension, when compared with paper. All these articles serve to explain and substantiate the well-known preference that students have for studying on paper. Indeed, the largest research project on this subject, the ARFIS study (Academic Reading Format International Study), which studied ten thousand students in 19 different countries, shows that 82% concentrate better on the subject matter when they read on paper and that 72% have better recall of what they read on paper.

Seeking to focus specifically on education, an ethnographic study was carried out over six months at the University of Stanford, in the heart of Silicon Valley. This was the birthplace of Yahoo!, Google, Hewlett-Packard and many other technology corporations. But in their Business School classes, there are no laptops or tablets to be seen, and instead the students work with books, printouts, photocopies and notepads. Paper is an essential part of the classroom dynamic, essential for reference materials, and it provides the basis for group work. Paper materials actually set the pace of the class, by creating an environment shared by the group, with the sound of pages turning in unison, to ensure the subject matter is shared by all.

These neurological studies, along with students’ preferences, mean that paper is sometimes the only medium used in the classroom, and this is encouraged at all leading universities in the US, in particular at Harvard, Columbia, Cornell, Pennsylvania, MIT and Yale. At Yale, in spring last year, the following statement was included in the programme for one of the all-time popular courses (“Psychology and the Good Life”), with 1200 students enrolled. “The use of portables, tables and cell phones in the classroom can hinder learning. For this reason, none of them may be used during this subject.”

Paper in the workplace

Economic change will lead to occupations more geared to communication skills, collaboration, co-working, creativity and critical thinking. Understanding the use of paper in these fields of human activity is crucial for understanding the future of demand for paper worldwide. It is equally clear that significant penetration by process automation will have significant impacts on the use of paper. In this context, the project team decided to conduct ethnographic observations of two industry 4.0 companies in Germany, an online-only news agency, one of the leading English retail banks and the European Commission.

In the case of Lloyds Bank, in the United Kingdom, two types of fieldwork were carried out: the first in commercial activity and the bank’s back-office departments, profoundly affected by digitalisation of processes and a consequent sharp reduction in the use of paper, although not its elimination, and the second in the Bank’s strategy department, where paper is the universal medium for research, thought and creativity, and for sharing ideas.  Here, paper is fundamental for collaborative intellectual work: it allows ideas to be shaped jointly, and then reviewed, annotated and read.

In another of the ethnographic studies, conducted in the editorial department of a Swedish online newspaper, researchers realised that paper is used locally, in the office, whilst the company’s output, the news reports sent out to the world, is purely digital. In other words, news articles are published and commented on online, but they are gathered, put together, shared and discussed internally on paper. Paper is used to list, organise, annotate and edit, and is also fundamental when it comes to developing and presenting ideas to the editors.

Alongside the ethnographic studies, research conducted by the project made it possible to break down paper use into segments in Western Europe and the US. Different applications for office paper and printing paper were analysed, as well as the intensity of office paper use in each economic sector, and scenarios for future evolution were drawn up in each of these areas, resulting in a valuable roadmap to provide a basis for Navigator to position its marketing of UWF paper.

The Horizon 2030 study also identified an important key function for paper as a medium for communication: because it is physical and static, it presents unique properties, distinct from digital media. One of the most important of these properties is its ability to get (and keep) people’s attention, meaning they are more engaged. For example, a study of marketing campaigns by Neuro-Insight (2013) showed that “the physical, almost sensual, qualities of printed paper are able to trigger a stronger neurological response than digital media (email, TV)”.

The findings from this study, complemented by the mapping of the current applications of UWF paper, has made it possible to segment uses of paper into the following key functions: “Think” (where paper wins out, as seen in universities and the Bank’s strategy office); “Process” (where paper does less well, as seen in the back-office departments of the bank, in view of the tendency for dematerialisation of process documents); “Present” (potentially positive, due to targeted marketing activities and collaborative working processes); and “Protect” (with positive aspects, in particular for protecting objects – packaging, although this is still a new application for UWF – and negative aspects, in particular in filing applications, despite the urgency of the debate about the security of online archives).

The conclusion is that predictions of an abrupt drop in paper consumption are exaggerated, as António Quirino Soares, Navigator’s marketing director, explained: “We looked at a vast amount of literature, we conducted qualitative and quantitative studies, we talked to stakeholders who help to shape tendencies in the employment and technological market and we looked in particular at younger people. We concluded that the future of UWF in mature markets in Europe and the US will be determined by the four key functions (Think, Process, Present, Protect), and there are both positive and negative influences on demand, meaning we don’t expect an abrupt drop in demand in these markets.”

Paper will continue to perform important functions, with advantages over digital, in the fields of learning, knowledge and collaborative working. It is being used less and less in processes, but there are opportunities for growth in everything related to ideas, creativity, innovation – all of them areas closely related to the skills of the future. And in the tendency for increasingly personalised corporate communications, with small print runs of leaflets and brochures, in the search for distinctiveness in a world where online media are aimed at such a mass audience.

“Our type of UWF paper is the most versatile of printing papers,” said Navigator’s marketing director, “and this offers us ways of diversifying into a vast range of applications, minimising our business risk. Geographical diversification, with sales to a growing number of markets, and diversification of our UWF product portfolio are both already under way. By keeping a focus on product quality and innovation at every level of business, and by leveraging product versatility and its suitability for “Think”, “Present” and “Protect”, we can build commercial success in the future.”

As a centuries-old medium of communication, versatile and universal, paper has an assured place in the future.

Over the entire lifetime of The Navigator Company’s flagship brand, Navigator paper, the business has been confronted with the idea of the paperless office, never more than a myth, and has nonetheless achieved sustained growth in challenging international markets.

However, growing digitalisation in the business world, the public sphere and in our homes, with an impact on how we communicate, combined with the arrival in the job market of millennials and Generation Z and the gradual penetration of automation and artificial intelligence in the working environments of the future, prompted Navigator to conduct an in-depth study of the UWF paper market and its future prospects.

Seeking to predict potential disruptions in the market, it was decided to conduct a study that would itself be disruptive and possibly the most complete and ambitious project of its kind so far in the paper sector worldwide: Horizon 2030 – The Future of Uncoated Woodfree Paper Demand. Coordinated by The Navigator Company’s marketing department over thirteen months, it involved four companies with different research specialities and the work of more than thirty specialist researchers.

In order to identify and look deeply at the main drivers of UWF paper consumption, the study made use of different prospective methodologies. In-depth interviews were conducted with top people in a range of cutting-edge companies, such as Microsoft Artificial Intelligence, SalesForce, PWC, Follow Me, Canon, Heidelberg and many others. The team used ethnographic studies that drew on techniques from anthropology, psychology and sociology, and included continuous in loco observation of paper use in a number of real working and learning environments, in the premises of five organisations in the US and four in Europe. “We wanted to understand attitudes, behaviours and motivations, both in the world of work and in universities, to include younger people,” explained António Quirino Soares, Navigator’s marketing director.